What does autumn smell like exactly? Soggy rotting leaves if you leave it up to mother nature. Thankfully the perfumers of the world have united, and they’ve got a very different idea of the whiffs they want to define this season.

We have picked 10 Men’s fragrances to keep your nose on during the months ahead. Just remember, with great scent comes great responsibility, so don’t go bathing in the stuff.

Floral leather and cool spices reveal an untethered scent for men and women.—vast, untethered, and driven.

Freedom comes from within, the desert heart of the west is wrapped in leather. It moves forward, untethered, through the still air of wide-open space. Dust on wind, skin on skin, Ombré Leather reveals itself like a landscape in layers, where stretches of rock transform into sunrise blonde low on the horizon.

Only rare, exquisite ingredients are woven into Clive Christian?s Original Collection, an emblem of British quality delivering depth and complexity. Bottles are inspired by those of the Crown Perfumery – a favourite of Queen Victoria. Derived from the precious offerings of the Silk Road, including cardamom, cinnamon and vetiver, wanderlust is guaranteed in X – a heady tribute to adventure.

Creed Viking Eau de Parfum is designed for everyone who likes to discover new opportunities and longs to experience unforgettable moments full of excitement!

Viking, a fiery men’s fragrance that bottles the fearless spirit of boundless exploration for the modern man who goes against the grain. Inspired by the incredibly crafted longships, a centerpiece of the Viking Age and one of the greatest design feats of the ninth century. A symbol of voyage and undeniable perseverance, longships were carefully designed for the skilled seaman who embodied unbridled determination to conquer. Viking marks the brand’s first major men’s scent since the introduction of the cult best-selling Aventus in 2010.

Amouage Interlude is a spicy, woody fragrance for men with a strong presence of balm. This Eau de Parfum from an independent luxurious perfume brand based in London, which draws inspiration from the rich and varied heritage of its birthplace in the Sultanate of Oman, is a harmonic fragrance offering a quiet moment in the middle of the world’s chaos, and, like all the other Amouage perfumes, is uniquely inspiring.

The Amouage Interlude Eau de Parfum for men was released together with its variant for women; both fragrances are inspired by the chaos and disorder of this world which are transferred to the intimate level, investigating their interplay. It interprets all the suffering that we need to overcome to achieve personal satisfaction and a feeling of success, offering a moment of harmony in this eternal struggle.

In making Interlude, the renowned perfume designer Pierre Negrin builds on the reputation of a brand valued for its rediscovery of familiar scents. Incense traditionally gives fragrances a spiritual and religious tone, but in the Interlude Eau de Parfum, its highly original use makes it seem modern and sophisticated. The composition of Amouage Interlude is imaginative and perfectly balanced and the resulting fragrance is a true masterpiece.

Parfums De Marly Carlisle unisex Eau de Parfum is the perfect fragrance for all independent men and women who live according to their own rules.

This scent is bold mainly around a sandalwood theme that is warm, with a hint of vanilla, soothing and rich. Aromas of vanilla, dark patchouli and opoponax. The blend distils its aura of oriental mystery through a delicate play on its accents of nutmeg, saffron and tonka bean. On the skin, this rich, densely textured creation ultimately reveals itself as irrepressibly joyful

Layton Exclusif is a masculine fragrance by Parfums de Marly. The scent was launched in 2017 and the fragrance was created by perfumer Hamid Merati-Kashani

Elysium few have the ability to make that dream a reality. Only the heroic and virtuous are destined to achieve the life they desire, so each ingredient within this scent was chosen to emulate this rare strength of character. Legends of perfumery including Vetiver, Ambergris and Leather combine within this elixir of pure valiance. A scent created for a man who needs no help in reaching his Elysium, his paradise

Royal Oud is a rich Oriental fragrance for men and women from the workshop of a unique, dynastic and privately owned Parisian niche perfume brand. As well as an exceptional tradition passed down from father to son since 1760 and a celebrated history (more than 250 years of creating exceptional fragrances for royal families and other exacting customers with refined tastes), the Creed brand can also boast the use of classic techniques when processing the rare materials selected for the production of its unrivalled perfumes. The Creed Royal Oud Eau de Parfum offers a touch of the wonder of Persian and Parisian palace life.

Creed Oud is the work of Olivier Creed, a leading perfumer from the sixth generation of the Creed dynasty. He has taken his inspiration for the fragrance from the basic elements used in a royal Persian palace – wood, leather, marble and gold. As the name suggests, the Royal Oud Eau de Parfum offers a regally luxurious fragrance based around the central note of oud wood, a rare wood from the Aquilaria tree and a wonderful raw material with an unmistakable aroma which is also known as eagle wood or agarwood.

Love, passion, beauty and desire: these are the key concepts of the new men’s fragrance by Versace. The perfection of the male body is fused with the allusion to greek mythology and classic sculpture that has characterized the versace world since the beginning: eros, god of love, able to make people fall in love with his bow and arrow. Versace eros is a fragrance for a strong man, passionate and master of himself.

Maison Francis Kurkdjian Oud Eau de Parfum is aimed at anyone who loves luxury and can appreciate the top-quality ingredients and original composition of the fragrance.

Inhabited by the Arabian magic of The Thousand and One Nights, this olfactory treasure arose from the sand, wind and gold, built on a dream of supremely elegant oud from Laos. Notes: Saffron, Elemi gum from Philippines, Natural oud from Laos, Alas cedar wood, Indonesian patchouli. Paraben free. Made in France. 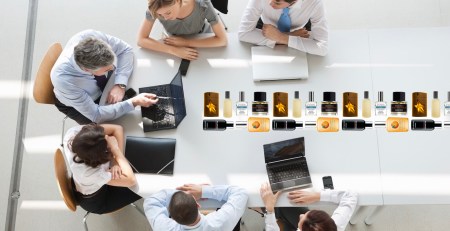 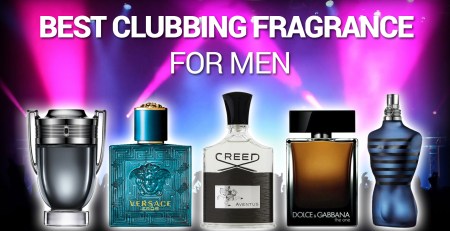 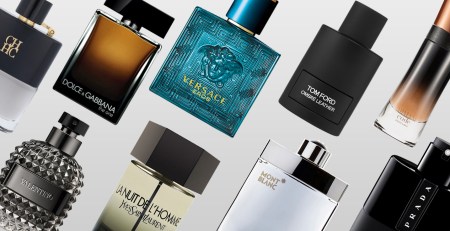